5 Things We Learnt From The IPPR North Report 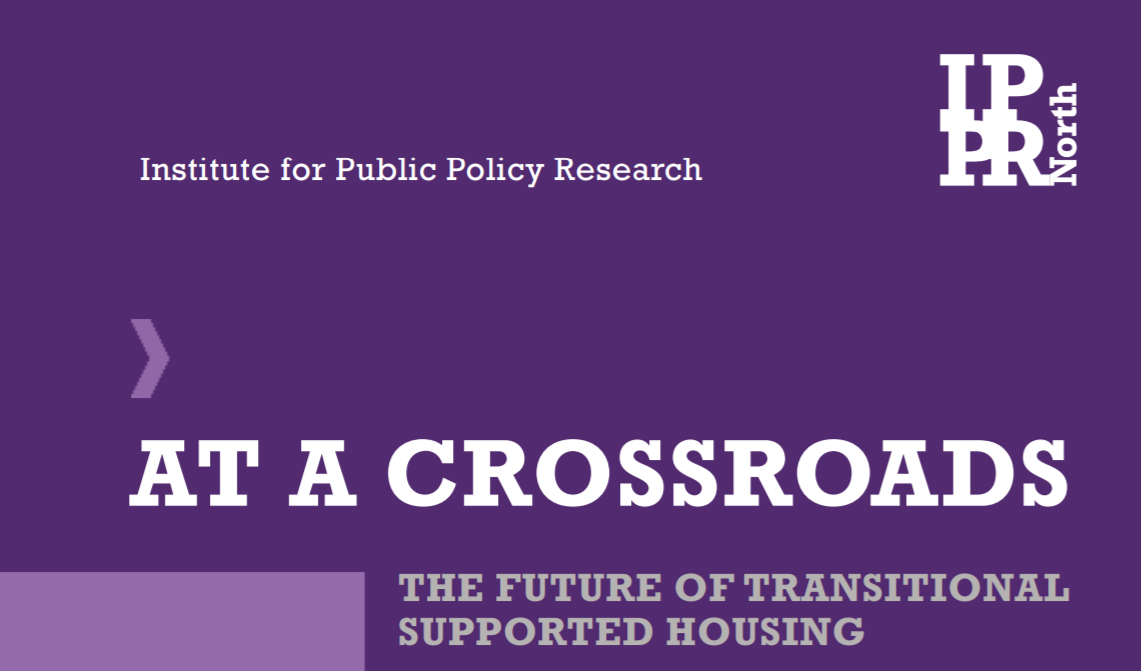 SASC commissioned IPPR to write a report that would help us learn more about an area of supported housing in which we have become very active. The first benefit of their work was to give this important sub sector a name – Transitional Supported Housing. We wanted an independent, external organisation to show us the size and nature of the problem we were trying to tackle. The bad news is that it is bigger, more complex and more overlooked by government than we feared. The good news is that IPPR thinks that the approach SASC has taken with our Social and Sustainable Housing fund (SASH) offers a powerful new tool in ending homelessness.

The report can be read here in full, but these are our 5 take home points.

1. Transitional Supported Housing is very different to other types of supported housing

TSH differs from both of these categories. It uses regular housing stock; and it sets out specifically not to be permanent. TSH is about catching people at a moment of crisis in their lives. When done well, it is a combined offer of housing and support that helps people back onto their feet, and back to independent living. It lasts as long as the crisis, with support that addresses an individual’s needs. Table 2.1 in the IPPR report sets out these three categories.

2. The data on supported housing, and Transitional Supported Housing in particular, is very sketchy

Accurate data is essential for understanding and solving any problem. Yet for TSH it is incredibly hard to pin down precise information on the scale of the market and the size of the need. This is because government bodies, commissioners and regulators all collect different data and have never examined TSH in isolation.

The Blood Review (2016) was the last attempt to map the supported housing sector. It concluded that there were 189,000 units of supported housing being used by working age people. The IPPR report uses this number as a rough proxy for TSH whilst recognising that the numbers of people needing this kind of housing is much higher. Another useful proxy for TSH would be the number of people who benefit from exempt accommodation rates. The fact that this data isn’t available further shows how poor the information in this area is.

In addition to missing information, each of the four UK nations collects different data sets. You start to see why it is hard to understand what is going on in the sector.

One reason why it is so hard to collect the relevant data is that over time the way TSH is delivered has become very fragmented. TSH involves three basic functions: housing ownership, housing management and the delivery of support. At least four different types of organisation may be involved in a single arrangement: local authorities, housing associations, charities and the private sector. The resulting mix-and-match range of different combinations, which can be seen in IPPR’s Table 3.1, is dizzying. This kind of complexity does not lend itself to clear data, vision or strategy.

Shifts in the general housing market have played a big role. Over the last twenty years, the overall size of social housing stock has stayed roughly the same, but with a major shift from council ownership to housing associations. During the same period, the private rented sector (PRS) has grown by a factor of 2.5 times. Housing associations remain the largest owner of stock used for supported housing. But increasingly their focus and skills have been in addressing the much larger demand for affordable general needs housing. In addition, remaining provision of the support work in supported housing has been outsourced to specialist providers, often charities. Charities working in TSH increasingly have to resort to renting or leasing from the PRS, whose landlords and/or properties may be unsuitable.

The delivery of TSH is fragmented and lacks consistency. No one group ‘owns’ the problem. The tragedy is that this has meant that in many cases it has slipped through the cracks. Yet, this housing is a lifeline for some of the most vulnerable individuals in our society who are least able to voice their concerns about the sector.

4. It’s all about the funding

The fragmentation of the sector is compounded by the funding streams, which are manifold and complicated.

The lack of capital grant available to build or buy new social housing has affected the ability of councils and Housing Associations to deliver TSH. Rent costs in TSH are covered by housing benefit. Because of the additional costs of delivering supported housing, Housing Associations that deliver TSH often have to cross subsidise their supported housing offering from their other activities. This can lead to it being deprioritised at a strategic level. The role of the PRS has come under greater scrutiny in recent years. Charities delivering TSH often have to rent units from private landlords in order to house their clients. Several complex arrangements and models have been created, some of which have led to regulatory concern.

Exempt housing benefit is negotiated at local level but paid by central government. Support costs, on the other hand, are covered by the local authority, usually through contracts lasting for a few years. There is no standardisation of contracts and the terms depend entirely on individual council’s priorities and spending plans.

Any organisation wishing to provide supported housing will have to navigate and negotiate separately on capital, rent or support without there being any set parameters.

5. Reintegration is the key to solving the problem

Many people feel that in permanent supported housing (eg for older people, or those with disabilities), care and housing should be provided by separate organisations. We agree that this is a good way to protect the rights of an individual, who should be able to change their care provider without having to leave their home at the same time. In these situations, some fragmentation is appropriate.

In TSH, by contrast, we believe the separation of roles is less relevant and can in fact be a negative. A TSH tenancy is intended from the outset to be non-permanent – typically, up to two years. By definition, some people living in TSH will experience moments of crisis. A complex and fragmented chain of delivery will damage the speed and effectiveness of the response that is needed.

The IPPR report shines a light on this fragmentation and observes that in TSH a more joined up, person-centred support offering would deliver better outcomes. Analysing the many players in this field, the report concludes that a larger role needs to be given to charities. Charities are not only providing the support but increasingly managing and trying to own the property used for TSH. IPPR argues that more support should be given to this group so that they can step up their work.

At SASC, we have always believed that there was clear demand for the funding we provide to outstanding frontline charities. This report gives us a clearer idea of the scale of need and the challenges faced. With the clarity IPPR have given us, we hope that over the next few years we can continue to expand our investment into the transitional supported housing sector and help more people get through their crisis and back to independence.