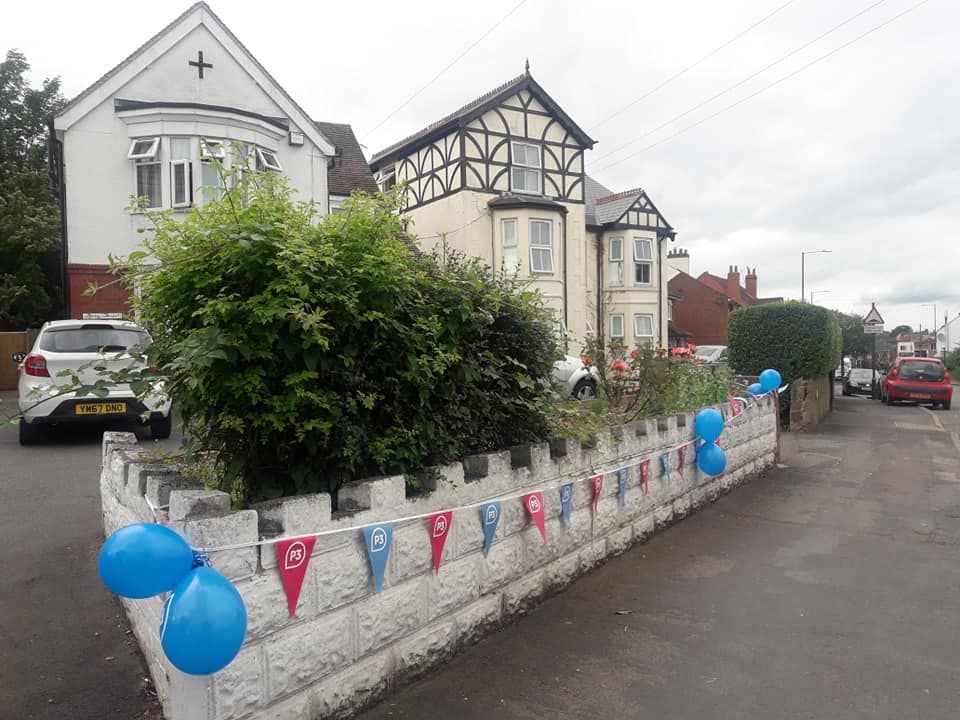 P3 offer transitional supported housing to thousands of people each year. Here they tell us about one individual being supported with their loan from our Social and Sustainable Housing fund.

In 2003 Mr Y left Shiraz in Iran, in search of a better life. He told us that life in Iran had been extremely difficult. The government were very strict, and life was intolerable for him. The decision to leave Iran was not made lightly as he was leaving behind his parents and four siblings, not knowing if he would ever see them again.

Mr Y remembers feeling extremely anxious when he arrived at Dover, not knowing anyone, unfamiliar with the country, with very limited English and feeling totally isolated. Within a week of being in the UK, he had been placed in a hostel in Birmingham.

Mr Y eventually managed to contact his parents to inform them that he was safe and well. He recalls the phone call as very emotional as his mother was upset. Mr Y spent the following years in Birmingham, getting to know the area and the people. He stated that there were times when he regretted his choice to come to the UK. “Family is important to me” he stated and now he was alone with no family.

Mr Y moved to Wolverhampton in 2006 where he was supported to find accommodation via The National Asylum Support Service (NASS). He told us that during this time, his life appeared to go well, he had found work in the car manufacturing industry and had a good group of friends.

In 2009 Mr Y’s health became a concern to him as he had developed stomach ulcers and required medical intervention. This had a huge impact on his work as he required time off due to illness. He states this was the start of his depression and he began isolating himself from those that were close to him. He also believes that this was the time his drug addiction began.

In 2018, Mr Y was rushed into hospital and required further medical attention. It was at this time, having spoken to medical professionals, that he started to accept help for his substance abuse challenges. Mr Y moved into a shared house in Birmingham. After six months there, he was desperate to move out, due to feeling unsafe.

Initially Mr Y was placed in our temporary accommodation as part of our Pathway services and after a short time moved to our stage 2 supported housing. He was allocated a support worker, who supported in helping him to look at his initial goals and needs and aspirations. He was encouraged to stay in contact with his family and to engage with nearby recovery services. He was supported to register with Wolverhampton Homes and encouraged to look at alternative options such as private rented accommodation as part of his move-on plans. P3 provide emotional as well as practical support. He was supported to link in with the local community services and manage his utility bills to prevent any arrears.

On March 22nd, 2021 Mr Y moved into P3’s SASH accommodation. He was greeted and introduced to his new support worker. Staff supported him to set up his bills in his new home; he was given guidance regarding local amenities and support to register with a local G.P surgery. Weekly support and contact with him is helping him to maintain his tenancy and this will continue. He was supported to celebrate Ramadan.

“I have great plans and aspirations for the future, but I need to take things one step at a time. I have had many setbacks in life. To have nothing at all is hard to accept but I have made good progress whilst at P3. I want to get back into some form of education/ training first. I know my support worker is supporting me with this in looking for suitable courses for me. I also need to ensure my health and certain previous issues are addressed before I consider work. I have previously worked for Aston Martin and I loved the work. I must get this back! I have not seen my family in Iran for many years, I do miss my family. I want to achieve something and make people proud of me. I know I can do it but as always you need the right people around you. I have my family at P3 (laughs) with me now so for now the future is something I am looking forward to.”