Improving people’s lives on the Isle of Wight: how SASC stepped in to support a crucial island charity 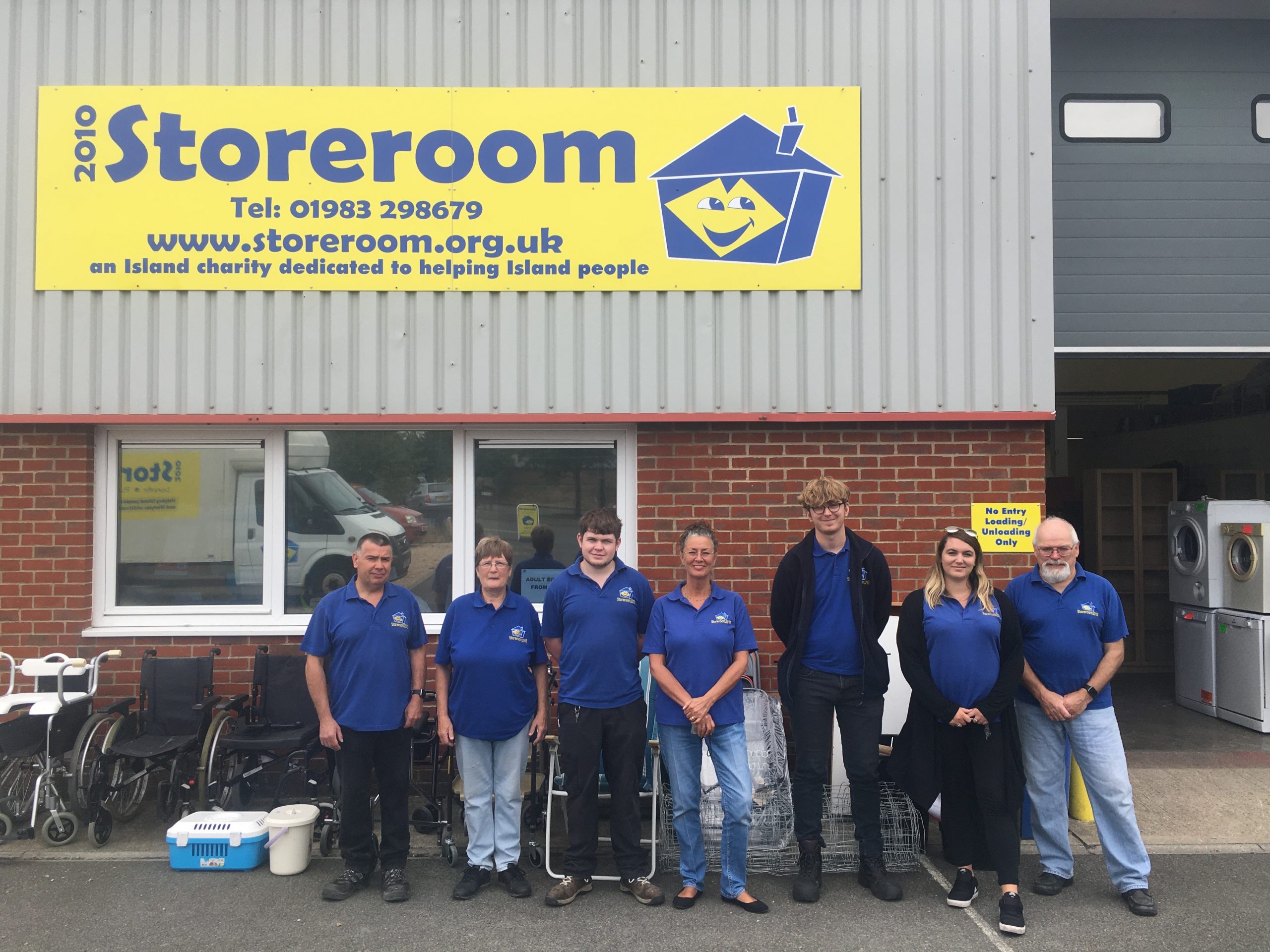 Storeroom 2010 is an inspirational furniture re-use charity and social enterprise on the Isle of Wight working to improve the lives of people in the local community. The charity launched in July 2010 and enables deprived families to furnish their homes in a more affordable way, improving their quality of life and preserving their dignity.

Several areas of the Isle of Wight suffer from disproportionately high unemployment and child poverty compared to other areas in the UK. To help combat this, Nick and Wendy Miller established Storeroom in 2010 as a charity with two key business units: Storeroom Furniture and Storeroom Education.

One collects donated furniture and sells at reduced cost to low-income and marginalised individuals across the island. The other helps disadvantaged people by providing them with training in areas such as carpentry and joinery.

In 2014 Nick and Wendy decided they would like to purchase the warehouse where Storeroom 2010 stores and sells furniture. The Millers didn’t want to be subject to ever increasing rent and convinced the landlord to sell. However, when they tried to access mainstream funding for the purchase they found they needed such a large deposit they just couldn’t afford to do it. They decided to try social investment after seeing an advert for SASC.

As Wendy explains, “Social investment was really our last resort. If we had lost the building, we would have struggled to find anywhere else as there is a lack of warehouses big enough for what we do on the island. If we were unable to get funding, it may well have been the end of the charity as we didn’t want to be exposed to ever increasing rent.”

Wendy and Nick filled in the SASC application form online. SASC responded and worked with them throughout the process to ensure they were successful. Through the Community Investment Fund, SASC provided a 15-year fixed loan of £285K and helped them secure a grant of £80K from Power to Change. Wendy highlights that SASC’s assistance was critical in securing the Power to Change grant, and thus making the blended finance package feasible. She says, “SASC really helped our case with Power to Change. They understood what we do and how important our charity is to vulnerable people living on the Isle of Wight.”

The social and environment impact

Year on year the charity has increased the numbers of people it is helping and the amount of furniture saved from going to landfill.In 2017, Storeroom 2010 sold 179,581 kgs of furniture, and collected 178,562 kgs from the local community.

The charity offers discounts on furniture to people who are in genuine need, and also sells to the general public. In 2017, 221 people in need of furniture were referred to them from 50 support agencies, mainly in the Isle of Wight but also on the mainland. 15,914 pieces of furniture were sold – to 5,447 households who now benefit from affordable items to improve their quality of life.

They are also helping people with community and educational services. Storeroom Education operated from 2014 until April 2018. In that time, they supported 678 learners and 526 gained accredited qualifications in carpentry, joinery and health and safety in construction.

Storeroom 2010 launched its latest project in May this year – Cowes Men’s Shed, part of the national Men’s Shed Association. This is a community space for men to connect, converse and create. The aim is to help reduce loneliness and isolation, but most importantly it’s somewhere for men to have a bit of fun and a chat over a cup of tea.

The Shed is open to anyone over 18 and operates from 10am until 3pm, Monday to Friday, 50 weeks of the year. They offer horticultural and carpentry facilities and people have already started donating tools.

It costs £25K a year to run and that includes paying for a leader. As Wendy highlights they are proudly open “when people need it” not just a couple of times a week which some other shed projects are.

The benefits of working with SASC

Commenting on their experience of accessing social investment Nick says, “It has given us real peace of mind to know how much we will be paying for the next 15 years, with all our monthly payments remaining the same. It makes it easier to plan for the future, which if we had still been renting would have been more difficult to do.”

Storeroom 2010 appreciated the support from SASC during the application process, as well as their ongoing support.

Storeroom 2010 keeps SASC updated monthly by email and someone from SASC visits them every year. They also know they can speak to someone at SASC at any time should they need to.

Nick says, “We have a very fluid relationship and a great feeling of support from SASC, which we probably wouldn’t have got from a bank. If we have a problem we know there is someone at the end of the phone we can talk to and we can look for solutions together.”

Wendy adds, “We feel SASC are not just business people, they are our friends too.”