The power of a good welcome 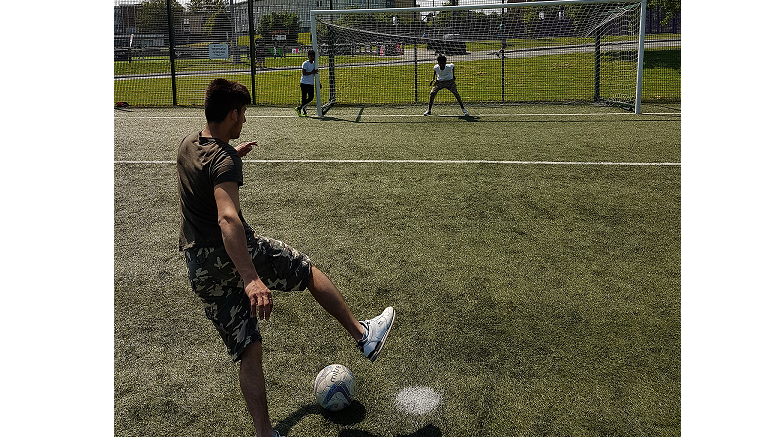 The BACA Charity supports unaccompanied children and young adults who are refugees or seeking asylum in the UK. Through SASH, Baca has received £1.75m and purchased 6 properties in Loughborough. These properties provide a home for a number of young people so that they benefit not just from the accommodation but also new friends. It is this support network, alongside the specialised care provided by Baca that is one of the reasons they are such a well regarded organisation.

In this case study, Baca make clear just how important that support network of other vulnerable young people is.

On his second day at Baca, Suleyman (not his real name) got the opportunity to see how welcome he would be made. One of our support workers described what happened:

“Faheem (not his real name) came to visit Suleyman before he went off to football training at a local club. As soon as he heard there was a new boy from his home country, he made it his priority to go around and visit and make him feel welcome. They talked about football and Suleyman said he would come to the next football session at Baca.

Later that day three more boys came to the house to meet Suleyman and were keen to chat with him. They all got involved with a game of Uno. It was a great atmosphere and really nice for Suleyman to meet so many other young people so quickly. Their only intention was to make him feel welcomed.  Before I left I asked Suleyman how he felt. He said “these are all my brothers.” He had a big smile on his face when he said this.”

Ever since this fantastic welcome, Suleyman has really settled into his time at Baca. He feels safe and supported in his new house and is improving his independent living skills every day. Suleyman regularly attends the trips and sports sessions Baca provide and is really sociable. He loves playing football on Saturday with Faheem.

Suleyman’s time at Baca has not all been easy. He is increasingly frustrated with how slow some of his solicitor appointments have been, but he is trying with our support to show patience.

Suleyman’s support worker recently wrote “He takes on every opportunity to learn and develop, this is shown with 100% attendance at Baca college this half term. He is generally regarded as a highly positive force among staff and other young people. It’s fantastic to see such great attitude and engagement.”